Malawi’s President Peter Mutharika has appointed a new electoral commission chairperson ahead of a presidential re-run.
In February, the Constitutional Court ordered a fresh presidential election be held within 150 days after annulling last year’s re-election of President Mutharika – a ruling upheld by the Supreme Court.

The former commission chairperson Jane Ansah resigned amid criticism by the opposition on how she managed the disputed election.

MPs are due to meet to decide on the exact date of the election – one of the proposed dates is 23 June.

The new chairperson will have a task to deliver credible presidential election that have been demanded by the opposition.

A tweeter shared a photo of the incoming chairperson: 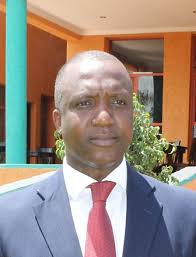